You disliked this video. Thanks for the feedback!

Phnom Penh (FN), Sept. 6 – Roads and bridges are the oxygen of every nation's economy. Without these important infrastructures, it is difficult to transport agricultural produce and goods made from the production sites to the markets. It will take lots of time to transport and that would degrade the quality of produces and goods. The transportation barrier indeed hinder investors from investing in a country that lacks infrastructure system despite possessing enriched natural resources.

Decades of war had not only protracted Cambodia’s economy, but also destroyed her physical infrastructure like roads and bridges. After liberating the country from the Pol Pot genocidal regime in 1979, infrastructure rehabilitation was one of the top priorities of Cambodian Prime Minister Hun Sen among the four prioritized agendas, including water, road, electricity, and human resource.

Following the absolute peace in 1998, the kingdom has rapidly constructed and upgraded her roads and bridges.

“In 1979, the choices we had back then were a walking lane and a biking lane. Unlike in 1979, the situation has changed gradually, from tough to convenient, from our misery of war to peace, from motorcycles to cars. If we maintain our peace, we will be able to further develop,” said Cambodian Prime Minister Hun Sen.

Cambodia's economy has significantly grown after infrastructure were expanded to remote areas, where agricultural produce and handicraft goods are made. They are also corridor to neighbouring countries. Road and bridge also contributes to attracting more investors to Cambodia's development from year to year. Infrastructure has also helped move the factories to faraway from the city and close to people in remote areas. These are the positive points of proliferating result of economic growth to the rural areas as envisioned in the national policy for infrastructure development noted by an economic expert Dr. Ky Sereyvath. 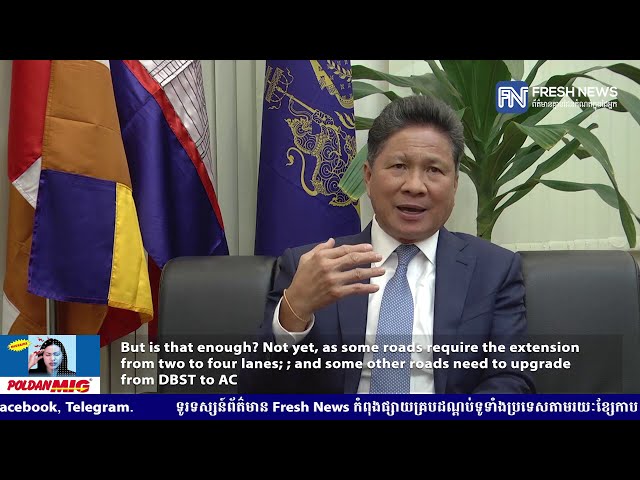